Source: Berkeley.edu
It is assumed that octopuses are unsociable animals, lacking any complex reproduction behavior. However, a researcher of the University of Berkeley (California) observed something very different at the coast of Sulawesi (Indonesia). 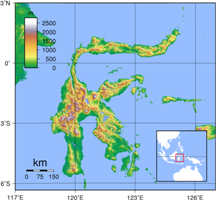 She discovered that the Abdopus aculeatus, a small type of octopus, has a rather exciting love life. The males don’t mate with every female they encounter. The bigger the female, the more eggs. A possible mate is selected with care and observed for days. Flirting includes all eight arms and rival males are chased away or almost strangled. Smaller males have other tactics. To get close to the females, they behave feminine and do not show their brown (masculine) stripe. This way, the stronger males do not resent them.

During the mating, the male enters the female’s mantle with a very flexible, long arm (the hectocotylus) and delivers its sperm. The female then retrieves in her den and lays tens of thousands of eggs. The female takes care of the eggs by blowing fresh water over them. During this time, she can not eat herself. After a month, the eggs hatch and the female dies of exhaustion. The male has already died, shortly after mating. The baby octopuses have to take care of themselves now. Data on the behavior of octopuses mainly come from aquarium studies. In the wild, it is very difficult to study the octopus. They can camouflage themselves well or simply hide. The Abdopus aculeatus is not a unique kind of octopus. It is possible that other octopuses will show the same behavior.